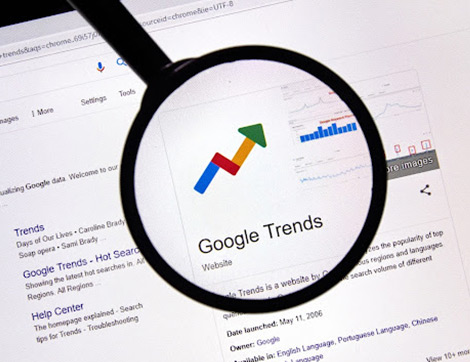 Is it a good idea to use someone else’s name as a Google keyword and Google headline? The Full Court of the Federal Court has recently said “no”.

Google keywords on a website are normally not visible but they are used to attract consumers to the site when that keyword is typed into the Google search engine. But the Google feature of “dynamic keyword insertion” has changed this.

In the case of Australian Competition and Consumer Commission v Employsure Pty Ltd [2021] FCAFC 142 (13 August 2021), Employsure was a private consultancy that advised employers and business owners about workplace relations. It had no affiliation with any government agency.

Employsure paid for Google Ads and selected keywords such as “fair work commission”, “fair work Australia”, “fair work”, “fwc” and “fair work ombudsman”. Some of these terms also appeared in the headline of the Google search results, because of Google’s “dynamic keyword insertion” service, for example:

The Judges considered that the target audience of Employsure’s advertisements was business owners searching for employment-related advice who were not large enough to have their own human resources expertise. They may have been in urgent need of help.

This audience covered a wide cross-section of the public, including quite small businesses for whom English may be a second language or who may have had limited exposure to employment issues. This audience included both the wary and the unwary; those who were well-educated and those who were not; and the experienced as well as inexperienced in business. Many readers would not study an advertisement closely but instead read it fleetingly, absorbing only its general impression.

The Full Court held that Employsure misrepresented that it was affiliated with a government agency because:

Normally Google keywords do not appear in the advertisement itself and, because they are invisible, their use has traditionally not been considered to amount to either trademark infringement or misleading and deceptive conduct.

However, when dynamic keyword insertion is used, the appropriate keyword can be seen. If that creates a misleading impression of association with another organisation, the Australian Consumer Law can be breached. The business can be liable to anyone damaged by the conduct and the ACCC can take action.

The argument that a careful reading of Employsure’s advertisement may have dispelled the false impression was specifically rejected by the Court because the advertisement was targeted at a wide range of businesses, with differing levels of education and expertise, and who were likely to read the advertisement quickly, only gaining a general impression that, yes, this was what they were looking for. Giving the impression that your business is something that it is not to gain clicks can be fraught with danger.

I can review proposed advertisements to avoid breaches of the Australian Consumer Law. I can be contacted here.

This article provides general information only and is not intended as legal advice specific to your circumstances. Please seek the advice of a legal professional if you have any particular questions.

Margaret Ryan is a lawyer and trademarks attorney with over 30 years of experience in intellectual property, including copyright, and consumer protection law, working with organisations to find solutions, maximise the value of their IP and protect their business. IP by Margaret® – www.ipbymargaret.com.au
© Margaret Ryan, Melbourne, Australia, 2021